Come and read our interview with most popular british Gwent player and top player from the beginning of Gwent Masters season #1 – Freddybabes!

You will be playing in Masters season #1 finals but you also play in current season. What are the biggest differences between season #1 and #3?

The biggest difference, when it comes to ladder play, is that seasons are shorter and players can join Pro Ladder in the middle of a season. This means that it is easier to climb later in the season (when weaker players have joined Pro Ladder), compared to before when players would benefit from playing matches throughout the Gwent season – and not just rushing through them towards the end of the season.

What is your favorite and least favorite card from the set of 12 recently dropped?

My favourite card would have to be Foltest because of how nicely it synergises with a lot of what northern realms wants to do, and least favourite would be Eldain, since it pushes people to play some annoying no unit gameplay.

Do you like the new approach to expansions (smaller card packs but more often)?

I like the new approach to expansions, would be even better to have larger expansions like before but more frequently though.

What is your favourite voiceline?

Which deck do you find most satisfying to beat?

Beating Viy is most satisfying, especially if you don’t have a lot of answers to it in your deck.

Which is your favourite Journey so far?

I think the Alzur journey was the best so far since it gave a personality to a new character we hadn’t seen before.

Do you think Viy or Kelltulis should be deleted from the game?

I don’t think so, is nice to have different strategies in the game, but I would be happy if those cards weren’t as strong as they are.

What card do you think is most unhealthy for the game?

How do you feel about adding cards with negative power into the game? What do you think about this concept?

I liked silver spies from past interations of gwent so i think negative point cards like that are a great mechanic for gwent to have. It would allow for an entirely new mechanic like that.

If you could move one card from one faction to another, what card would it be and where would you move it?

I would move Ida Emean aep Sivney from Scoia’tael to Northern Realms so they can finally have a decent purify card.

Do you want to see more neutral or faction-specific Singleton cards?

I don’t think there need to be any more singleton cards, isn’t an archetype that I think is super healthy for the game.

What is your most hated mirror match?

You were not very active on ladder recently, but just started it again, and having great results. Did you change something in your ladder approach?

I stopped caring so much about winning, and rather tried to learn something from each game and deepen my understanding of the meta etc. focusing on the journey rather than the result is helpful I think.

Before joining TLG you were a lone wolf for quite some time. What’s the main difference between preparing for a tournament alone and as part of a team?

There isn’t a huge difference, just am more friendly with a few players who end up helping with preparation than I otherwise probably would have been.

Why do you think Gwent’s promotion never started?

Gwent is and always has been a very niche game in a niche genre so doesn’t make too much sense to market it a lot.

What would be your dream job if you’ve never played Gwent?

I quite like the idea of being a pilot.

Which country would you like to live in if you could choose any?

Well I’m living in Poland right now so I would choose Poland, although maybe someday I would like to live in Sweden or Norway.

I haven’t read much in a long time aside from Metro 2033 which was good, when it comes to games I love grand strategy stuff – Europa Universalis, Stellaris, Total War etc. and my favourite board game right now is probably Terraforming Mars.

Which Syndicate gang would you like to be part of?

None of them 😝 Although if I had to then I’d choose the Blindeyes.

How long does it take to make your Scuffed Meta Snapshot? Are you alone behind all the reasoning and theorycrafting or do you work with friends?

Scuffed meta snapshots usually take me an hour or two to make, and yes I do them on my own, just from my ladder experience and impressions from streamers or other players.

Do you enjoy Gwent in its current state or still look back to the good ol’ beta times?

I do enjoy Gwent right now, last patch in particular felt very good to play, the game has a very high skill ceiling at the moment which is nice. The game definitely feels a lot better than the first few months of Homecoming, athough sometimes I still miss certain aspects of beta Gwent.

What lore character would you add to the next expansion?

My knowledge of witcher lore kinda sucks but maybe some more ofiri guys would be cool.

Which archetype do you want to see getting new cards in the next expansion?

What tools would you add to the game to help streamers (like Observer on Twitch)?

I’m not sure, maybe some more music tracks within Gwent itself, just so it’s less repetitive to listen to while streaming 😄

How could Gwent become more popular?

Other big streamers like Lifecoach becoming more involved in the game would definitely help, and updates which are less bugged/are more polished.

Thank you for your time, good luck on ladder! 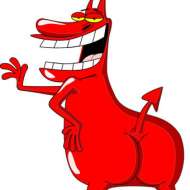 TWiG This Week in Gwent #3 | Summary 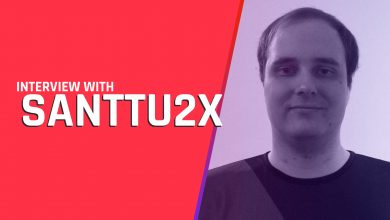 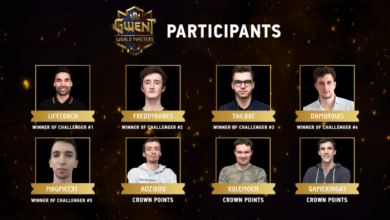