Come and read our interview with the famous TailBot!

What are the differences between normal training and training to Gwent Open?

Normal training in my understanding would be just playing ladder and trying to find decks that are good at the very moment. For Gwent Open I need to figure out my lineup first which can take between a few hours up to several days. I would test my lineup while playing vs other teammates or myself over testing it on ladder.

My favorite one is definitely cleaver. It has not much to do with the power level of the card. I just really like his flavor and the character itself. I like all of them to be fair but if I had to pick the least interesting one it would probably be Anna Henrietta.

I would give this one to the meta snapshot. People tend to play meta snapshot decks whole season while streamers decks are usually just a few days flavor.

I usually try to keep all factions mmrs close to each other, and I very rarely drop more than 30-40 mmr on a single faction. I like to keep it like that till last 2-3 days of the season when I start to make final push on every faction.

What is your favourite voiceline in Gwent?

„Wake up dwarves! Humans lust after our lady-folk!”

How different is it preparing for a big competition like an Open as the member of a team and as the lone wolf?

The difference is basically just that I have other people against whom I can test decks. They might also give me some ideas regarding my lineup.

You’ve played with thousands of players so far – what’s the most annoying thing about opponents you played, and what do you find most appealing?

I guess it’s how fast they play. The faster, the better.

Which 3 cards should be deleted from the game?

I wouldn’t want any card to get deleted. That being said I wouldn’t mind if some cards that I dislike would get a rework. From top of my head my 3 pics are: Alchemist, Cantarella and perhaps Yrden.

Winning a game on your level – what do you think is the % contribution of luck with opponents deck and drawing, and what % of skill and matchup?

In my very best seasons I can achieve a winrate slightly above 70%. I think if you would play absolutely perfectly, a winrate in the range of 80-85% would be achievable so even though luck is a big factor in Gwent, skill is the more deciding one.

Some people play Gwent 10h a day, every day. What do you think is a healthy amount? Do you think the ELO rating in Gwent should be replaced by a different system not requiring such commitments?

I don’t think any amount of Gwent is more harmful than doing anything else in front of your computer/phone. There is nothing unhealthy in losing your hair either. I think the current system could be a lot better. Going back to 2 months seasons(even if it is very unlikely) or maybe some kind of league format for top players would make it more interesting and fun for me.

Life is not only about Gwent, right? What are you other hobbies, and do you have enough time to play other games?

I do have time to play other games, but I chose not to. No other game seems to be interesting enough for me to play at the moment. In my spare time I enjoy working out, playing instruments and fishing.

What is Gwent missing to become a giant card game, like LoR?

Money always helps. More budget for development and marketing would make Gwent a bigger game for sure. The question is would be profitable for CDPR to invest that money.

What everyday life improvement feature would you want to see added to Gwent?

I would like pro ladder ranking to be the first thing that shows up when you open leaderboards. 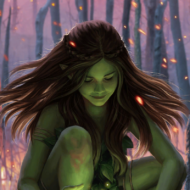 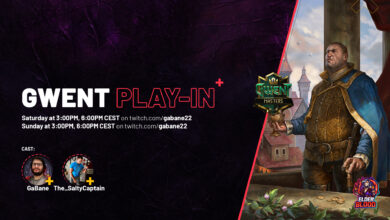